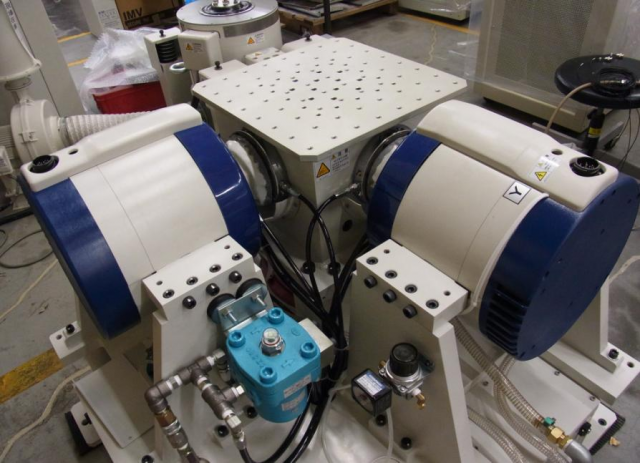 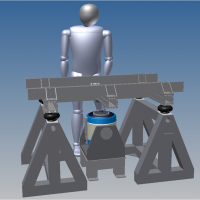 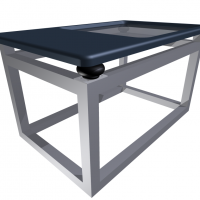 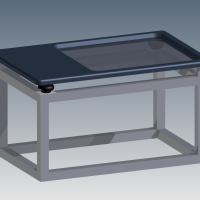 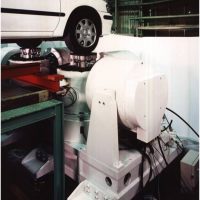 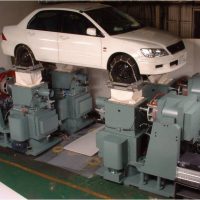 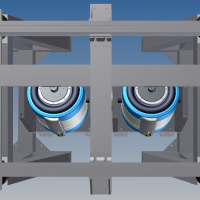 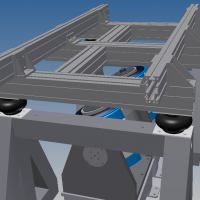 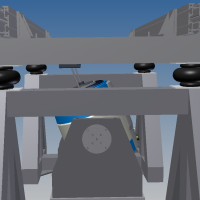 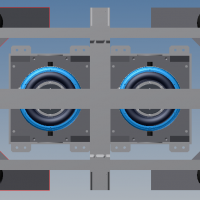 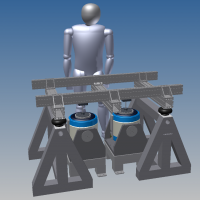 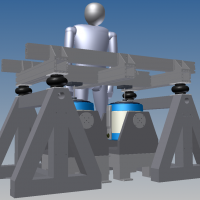 SAREX is a new series of noise exciting systems on which components, systems and complete cars can be tested for noise.

SAREX is short for Squeak and Rattle Exciter and comprises of engineering, hardware and software components that includes:

SAREX-TOR is designed to simulate torsion. It is produce by motion systems at two corners, whereas the other corners are fixed, disposed diagonally to each other. The maximum stroke is limited between 0 and approximately 5 mm by a mechanical stop. Noise is produced by periodic excitation and the appropriate contact points can be identified via systematic excitation.

Objective tests of the noise levels by OCIAN can be performed for quality assurance.

Test specifications often provide for forces that should occur at certain points. If a suitable measuring device is applied at these points and pressed, and the contact forces are set, noise can be excited and analyzed. This is done by using SAREX-HUM-MAN.

SAREX-HUM-Seat was developed for seats. Two linear motors apply pressure into the seat with the force as the controlling variable. The stroke power and frequency at which the power is applied is specified by the customer.

SAREX-UNO is short for Squeak & Rattle Excitation with a single controlled axis. The simplest version of SAREX-UNO is the M-series from IMV with uncooled force ratings of up to 740 N random.

SAREX-DUE has 2 controlled axes supporting movement in the Y and Z-directions.

SAREX-TRE has 3 controlled axes. Allowing for movement in the X, Y and Z-directions.

SAREX-QATRO combines MIMO Controller with the shakers to allow for input measurements of acceleration to engineer the correct choice of shakers, directions of excitation and control strategies.

SAREX-FB is useful where a complete car is to be tested. A method established by OEMs in Japan, where all wheels of the car are excited in three spatial directions. The central module of the system is the ICCU which the 3 shakers docked generates controlled movements on the wheels in 3 spatial directions.

Due to the fact that control sensors can be placed at any point of the car, all movements measured on the road can be simulated by means of closed-loop MIMO controllers allowing for movement up to 250mm in the wheels.

By compromising on the engineering input early on, it is possible to provide cost-effective systems, due to reduced costs further down the line. The measurement is completed quickly and efficiently. The analysis of data will show the way to a system configuration that combines the required excitation directions with the optimum shaker sizes and by that, can turn out to be a substantial cost saver. The system is of modular design and therefore there are many versions and variations that can be implemented.

to request a Datasheet or Brochure.

Please select the form below relevant to your enquiry: